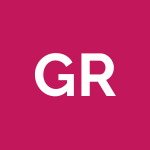 Do you have questions for Graham?

Log in to ask Graham questions publicly or anonymously.

The Internet celebrity is a cute pet.